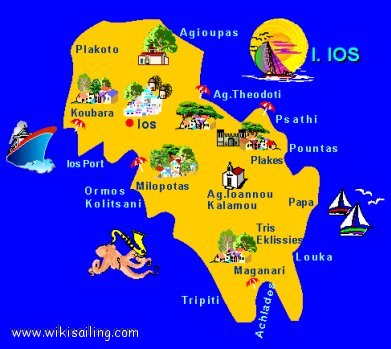 Ios is a Greek island of the Cyclades in the Aegean Sea, 111 nautical miles from Piraeus. The island is 17km long by 7.5km wide and its area is 105 km². The island consists mainly of rocks composed of schist, quartz and marble. The highest point, Pyrgos, is located at 713m above sea level. Tourism is important. According to tradition, Homer died there and was buried.
Ios is separated from Sikinos by a channel 3.5 m wide.
Ios has a lot of  crazy night-clubs and . It is the meeting place of a young clientele, mostly from northern Europe, sunbathing on its beautiful beaches during the day, and celebrating in an atmosphere often unleashed at night. But Ios also contains many isolated and solitary beaches
A beautiful white chapel welcomes the visitor who approaches the very sheltered port of Gialos. Attention, if you like the quiet and you are not partying, do not stop at the port of Ios! At the W of the island you can however find beaches and isolated coves.
2017/09/6
Actualizar
Joëlle 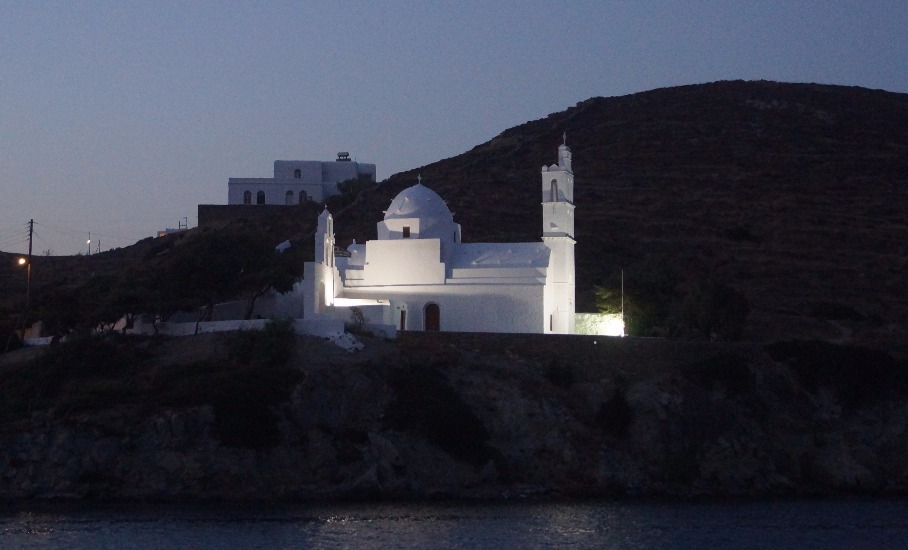