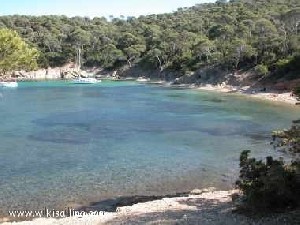 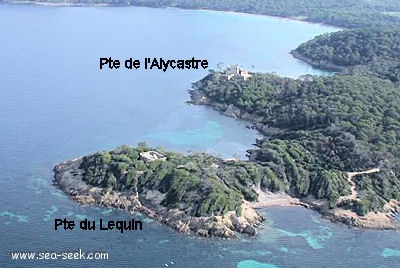 13nm
294°
Toulon is a large military harbour on the Mediterranean coast, with a major French naval base.The prevailing winds are from the NW (Mistral) and W. These winds may reach a velocity of Force 11. Winds from the E and SE, which are less frequent, are generally accompanied by rain squalls, ...
1 May 12
Muntza

7nm
294°
Golfe de Giens is entered between Pointe de Carqueiranne and Pointe Escampobariou, 4.7 miles
SE. Pointe Escampobariou is the SW extremity of Presqu’ile de Giens, a peninsula, the W side of which is 118m high and surmounted by a tower.
The E side of this gulf is bordered by ...
30 Jul 13
Joëlle

10nm
86°
Prohibited areas, the limits of which are shown on the chart, lie SW of Pointe du Titan (Ile du Levant) and extend up to 2 miles from the coast. These areas, which are used by French naval vessels, are not in force between July 1 and August 31.
Vessels are prohibited from approaching ...
10 Jul 11
Atb

7.4nm
93°
Ile de Port Cros, lies close E of Ile de Bagaud, is mainly wooded and is the highest island of the chain. Its summit, 207m high, is surmounted by a building, with two white cupolas, which are visible from a considerable distance.
An islet, 63m high, lie 0.2 mile S of the S extremity ...
24 Mar 12
Max