Longos or Loggos is the smallest of the island ports on Paxos. There are several mini-markets and a bakery, a couple of bars and a kafenion.
2008/12/6
Update 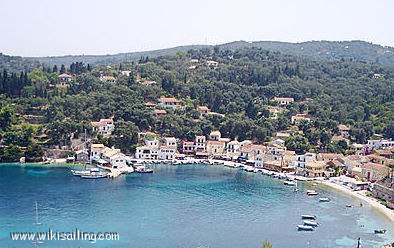 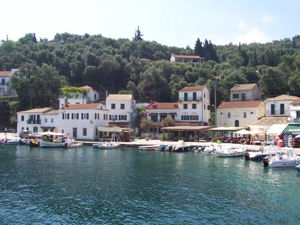 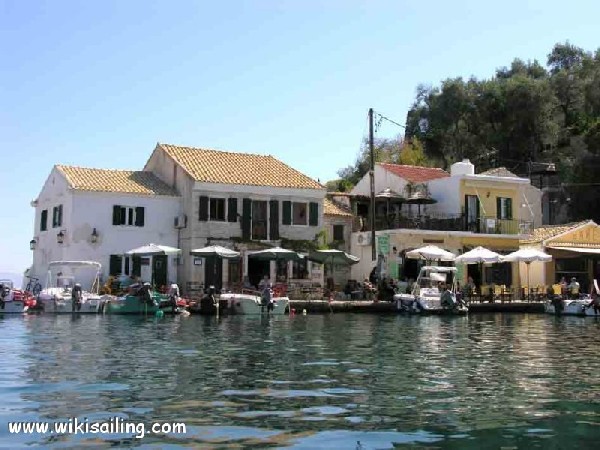 5.7nm
147°
Only 2 kilometers or so south of Paxos is Anti Paxos even smaller. There are two main beaches at the north end of Anti Paxos Vrika and Voutoumi. The shore line of the first beach Vrika is sandy, Voutoumi's shore line is pebble but under foot in the water there is white sand. Here ...
6 Dec 08

1.3nm
295°
gem to our liking, and well sheltered. In the end of the bay, towards the village, you may find an available berth, (low quay line) using your own anchor.
We prefered to anchor outside the weed belt in the inner part on pure white sand. Or if the wind is coming in from east, take ...
5 Dec 08

1.8nm
145°
A charming, well protected port town in a narrow channel between N. Paxos and Melissi.
Water and fuel by truck.
You can enter Gaios from a northerly or southerly direction passing two small islands, the first at the mouth of Gaios harbour is called Panayia (Virgin Mary) on which ...
23 Jun 15
Atb

3.2nm
143°
At the southern point of Paxos the small Island of Moggonissi is set in the most beautiful surroundings and is a place you must visit when you come to Paxos. It is surrounded by clear blue sea and has a sandy beach which offers safe bathing for all ages. It also provides good shelter ...
6 Dec 08