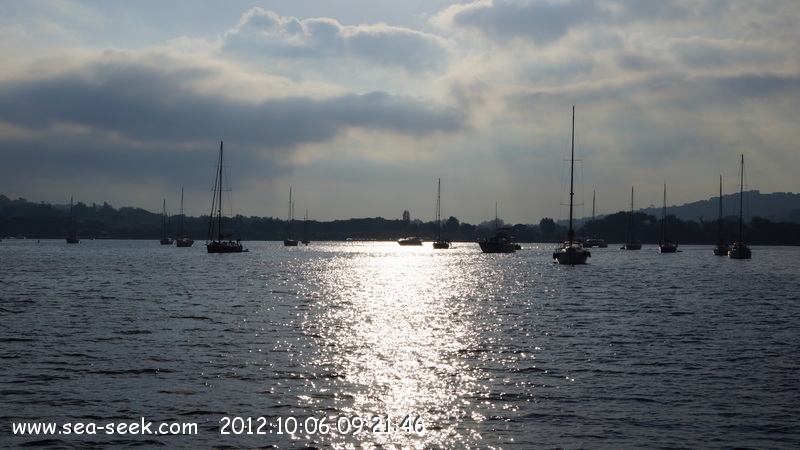 Very busy and sometime noisy during the summer, due to dance parties organised on board super yachts.

16nm
209°
Prohibited areas, the limits of which are shown on the chart, lie SW of Pointe du Titan (Ile du Levant) and extend up to 2 miles from the coast. These areas, which are used by French naval vessels, are not in force between July 1 and August 31.
Vessels are prohibited from approaching ...
10 Jul 11
Atb

21nm
44°
Cannes bay is located between Pointe de l'Aiguille and Cap de la Croisette, 4 miles ENE, from which the islands "Les Îles de Lerins"  extends up to 2 miles. The E side of the gulf is occupied by the town and port of Cannes well known by it's film festival, where the houses form ...
4 Jul 12
Atx

1.3nm
277°
Situated on the lovely blue waters of the Bay of St. Tropez, the quay is lined with terrace cafes, perfect places to linger as the clientele admire the yachts docked there.
Situated on the S side of the gulf of St-Tropez the harbour is made up of 2 basins (10 hectars) which get ...
14 Jul 11
Agien

1.4nm
97°
Cap de Saint-Tropez, the E extremity of a peninsula, is bordered E and NE by foul ground.
Basse du Verhuge lies about 2 miles ESE of the cape and has a depth of 13.7m. This shoal is dangerous in bad weather when the sea breaks violently over it.
Teste-de-Can, a group of three ...
16 Jul 11
Agien