Puerto Limon has a privileged location in the Caribbean coast, due to its proximity to the Panama Canal, Gulf of Mexico, and southern United States.

Puerto Limón, on the Caribbean side, is the main port of Costa Rica. During 2011 a number of ships were robbed at gunpoint in the harbour, both at anchor and on the dock. Whilst to date no cruising yachts have been targeted, visitors should be wary.

Clearing in: No agent is required for clearance. Call Limon Port Control on VHF Channel 14 and 16 to clear in and out of Costa Rica. Port Control will make arrangements for the six government agencies to come out to your vessel at the same time. The six agency representatives include Immigrations, Port Authority, Harbour Master, Health Department, Vegetable Quarantine official, and Meat Quarantine official.
Multiple copies of documents are required: 5 copies of passports; 3 copies of crew list; 2 copies of the ship’s papers and a zarpe from your last port. Declare guns, ammunition, illegal drugs, foods, pets, spear guns/slings, etc.

The Port Authorities and Harbour Master do not recommend anchoring south of Pier 5 (numbering the commercial piers from N to S), for four reasons.
1. This small anchorage area is close to the Rio Cieneguita, a river which is used by numerous high speed fishing boats.
2. The Rio Cieneguita and city of Cieneguita are high risk security areas for visitors.
3. There are at least four sunk vessels in the area (2 near shore, 1 just south of Pier 5, and 1 southeast of the red buoy marking the approach to the Rio Cieneguita.
4. This anchorage area is 16 feet deep with good holding, yet this corner of the harbor is typically exposed to more wind, waves, and swell. 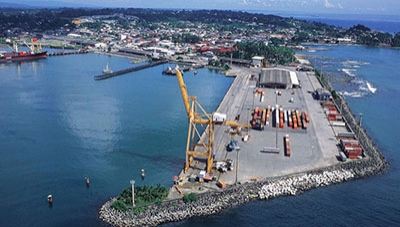 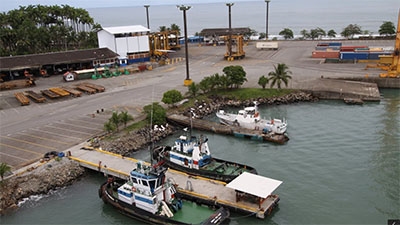 82nm
185°
Located at the edge of a beautiful tropical rainforest in the city of Golfito, Banana Bay Marina sit in a natural, deep draft gulf offering an excellent protection from the swells of the Pacific Ocean.
Separated from the Open Pacific Coast, this gulf, names Golfo ...
18 Dec 15
Joëlle

82nm
185°
Located just north of the Panama canal, Golfito is a convenient and very attractive port at which to clear in or out of Costa Rica. The Banana Bay Marina has a fuel dock with very easy access and helpful staff. Outboard and dinghy theft is a problem in Golfito however and cruisers ...
18 Dec 15
Joëlle

82nm
185°
Fish Hook Marina & Lodge is located at the edge of the beautiful tropical rainforest of Golfito, in the South Pacific coast of Costa Rica and just north of Panama. It is also the official point of entry and exit for Costa Rica.It offers a marina with 20 Slips for ...
18 Dec 15
Joëlle

75nm
243°
This popular town lies in the centre of Costa Rica's Pacific coast. It is an attractive resort with excellent beaches.Quepos harbor is a fishing port and a port of entry. Clearance is available at the Marina Pez Vela but the officials are not based at the port and have to travel ...
19 Dec 15
Joëlle

104nm
269°
Puntarenas lies along a peninsula 5 miles long but only 600 metres at its widest point, narrowing to less than a 100 metres at some points.
Located in the calm waters of Puntarenas Estuary the Yacht Club offers natural protection fro the ships.This is primarily a fishing port, ...
19 Dec 15
Joëlle