Mangles Bay in Cockburn Sound is an increasingly popular mooring area for boat owners in the metropolitan region. In recent years the number of vessels moored in the bay has increased by in excess of 100 percent and there are now more than 500 registered moorings in the area.
The Department for Planning and Infrastructure recently announced a moratorium on unauthorised moorings in Mangles Bay as the first step in developing a marine safety management plan for the area. 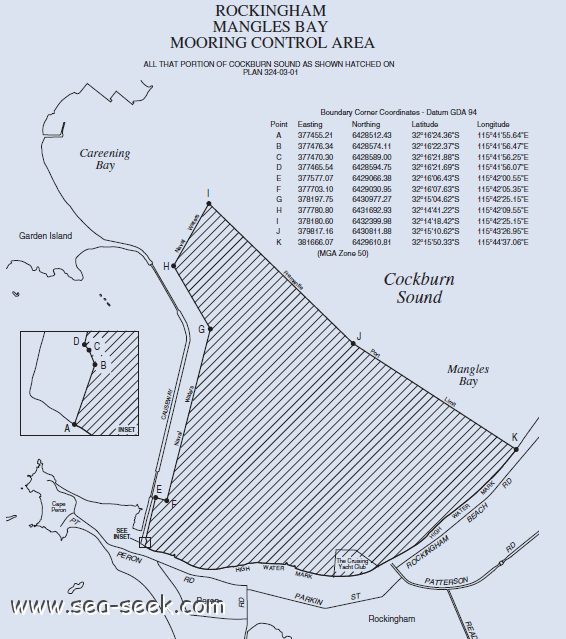