Khawr al Qulayah is an extensive inlet circled by and containing reefs and other dangers best seen on the chart.
A channel, with a least depth of 9.5m, leads through Khawr al Qulayah to a basin, with the same depth, off Mina Salman, although caution is necessary, as depths of less than
5m have been reported (2000) on the S side of the channel in the vicinity of Buoy No. 12.
A secondary channel, with a least depth of 9.7m, leads S of the main channel, but rejoins it at the basin.
2011/10/17
Aggiornare
Joëlle 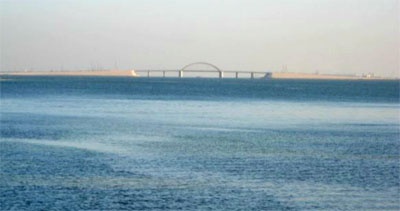