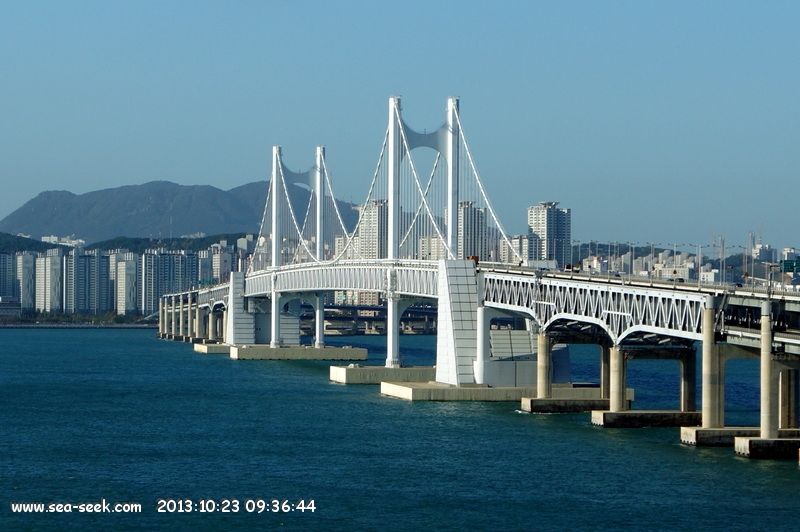 The Gwangan Bridge or Diamond Bridge is a suspension bridge whic connects Haeundae-gu to Suyeong-gu. The road surface is about 6,500 meters long, with the bridge as a whole spanning 7,420 meters. It is the second longest bridge in the country after the Incheon Bridge.

Construction began in 1994 and concluded in December 2002, with a total cost of 789.9 billion won. The bridge opened temporarily in September and October 2002 for the 2002 Asian Games. However, it was not officially opened until January, 2003. 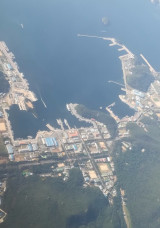 20nm
262°
Naval Base.The Republic of Korea Navy strictly controls access to the Port and facilities. USN and ROKN surface ships and submarines use specific piers within the Port. There is no commercial usage within the Port. Vessels with drafts of up to 7.9m can be accommodated.
26 Oct 17
dd