The Federated States of Micronesia or FSM is an independent, sovereign island nation, made up of four states from west to east: Yap, Chuuk, Pohnpei and Kosrae. It comprises approximately 607 islands with c. 700 km2 (270 sq mi) of area in the Western Pacific Ocean spread over almost 2,700 km (1,678 mi) longitudinally just north of the equator, some 4,000 km (2,485 mi) southwest of the main islands of Hawaii and about 2,900 km (1,802 mi) north of eastern Australia, lying northeast of New Guinea, south of Guam and the Marianas, west of Nauru and the Marshalls, and east of Palau and the Philippines.

Each of its four states is centered around one or more main high islands, and all but Kosrae include numerous outlying atolls. The Federated States of Micronesia is spread across part of the Caroline Islands in the wider region of Micronesia, which consists of thousands of small islands divided between several countries. The term Micronesia may refer to the Federated States or to the region as a whole. 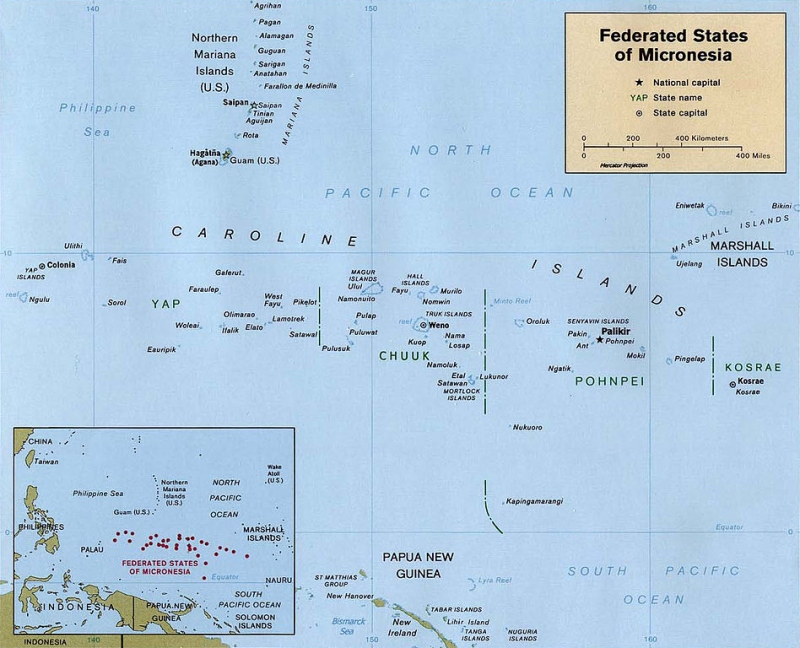