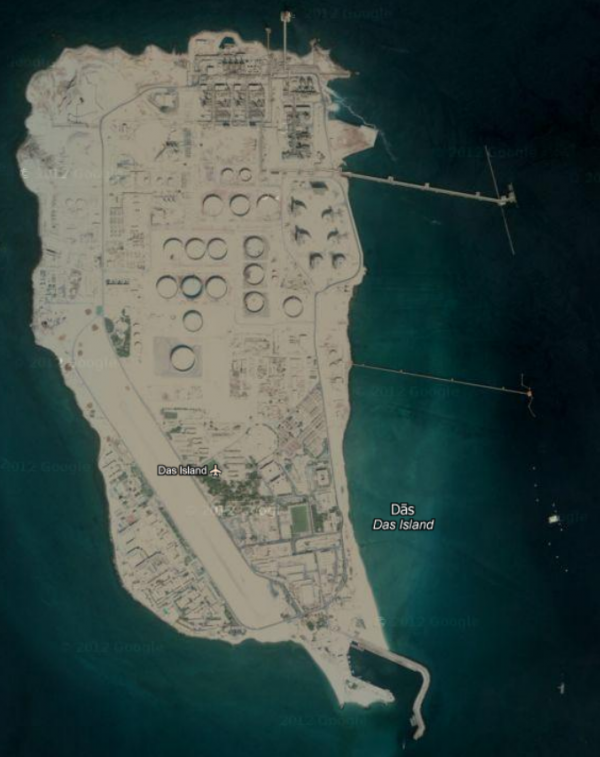 Das Island is an island in the Arabian / Persian Gulf near Qatar. It is part of the emirate of Abu Dhabi, United Arab Emirates but lies well offshore, about 100 miles (160 km) north-west of the mainland. It covers approximately 0.75 miles (1.21 km) by 1.5 miles (2.4 km), and is almost rectangular in shape.Das Island is inhabited by oil and gas industry personnel. It exports crude oil and liquefied natural gas by tankers as far as Japan and Europe.
There is a small airport.Das Island was formerly a noted breeding site for turtles and seabirds. Despite oil and gas production, turtles still feed safely in the area and Das Island has remained an important landfall for migrant birds. There are few traces of ancient inhabitants on Das Island apart from some pieces of Islamic pottery. The island was also used as a place of refuge during storms by fishermen and pearl divers.
2014/01/19
Aggiornare
Hoppy
Aptem no 875077
2018/12/19
Aggiornare
I am wark on das islad in 2014 as carpenter
2021/07/3
Aggiornare
Condividi i tuoi commenti o le foto su "Das island (Abu Dhabi)"