The Maya Civilization spread into the area of Belize between 1500 BC and AD 300 and flourished until about 1200. European contact began in 1492 when Christopher Columbus sailed along the Gulf of Honduras. European exploration was begun by English settlers in 1638. This period was also marked by Spain and Britain both laying claim to the land until Britain defeated the Spanish in the Battle of St. George's Caye (1798). It became a British colony in 1840, known as British Honduras, and a Crown colony in 1862. Independence was achieved from the United Kingdom on 21 September 1981.
English is the official language,  Spanish being the second most common spoken language. It is known for its extensive barrier reef coral reefs.
2021/02/22
Aggiornare
azerty 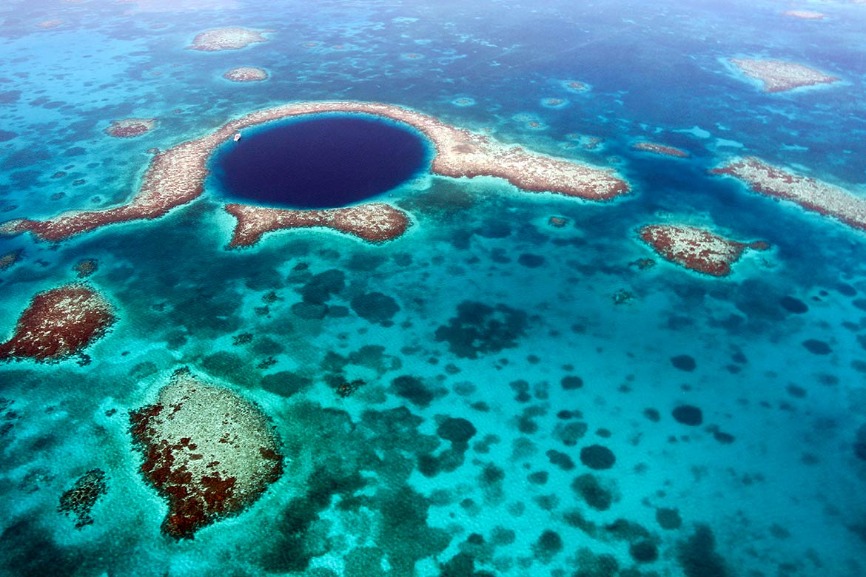 31nm
74°
The Great Blue Hole is one of the most famous diving sites in the world. Situated off the coast of Belize, it is a popular spot for adventurers and divers alike
24 Jan 15
hans

185nm
10°
Beside being a well-known beach, Tulum is also a site of a Pre-Columbian Maya port city. The ruins of the castle that once stood here are testament to that. Today, the beach can be easily accessed and it has all the amenities
25 Aug 14
Steven

255nm
17°
I sailed from Key West Florida to Marina Hemingway Cuba. After a brief stay, I sailed on to Isla Mujeres..Which in English means the Isle of Women, of an ancient historical significance. A beautiful laid back Island, it has become a must see destination for people visiting from Cancun. ...
29 Dec 07