Between Laje de Mangaratiba and Ponta do Leme, about 10 miles to the WSW, the coast is fringed by off-lying islets and indented by small bays
2016/01/18
Aggiornare
Joëlle 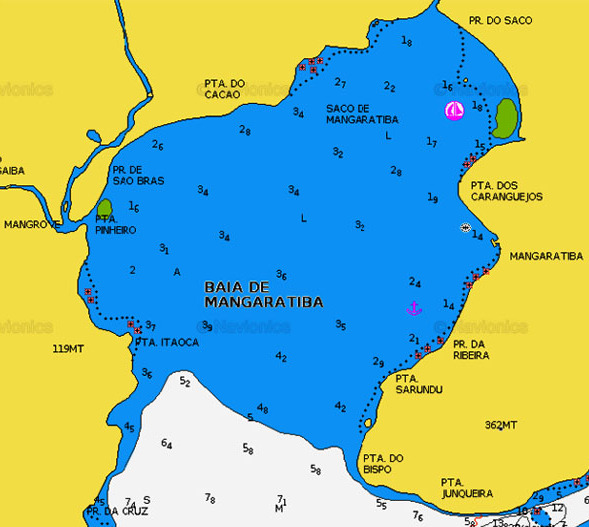