I sailed from Key West Florida to Marina Hemingway Cuba. After a brief stay, I sailed on to Isla Mujeres..Which in English means the Isle of Women, of an ancient historical significance. A beautiful laid back Island, it has become a must see destination for people visiting from Cancun. The Island is located on the North Eastern tip of the Yucatan peninsula. It offers spectacular crashing waves coming in to the rocky coast on the Caribbean side. The Isla Mujeres Bay side faces Cancun, which is, approximately 10 miles across..and a half an hour by rapid Ferry. I have been staying the past two months on the Island at El Milagro Marina....10 minutes by cab or bike from the Isla Ferry Terminal.
The Bay side offers all forms of water activity. I take my dinghy out 10 minutes and snorkel around a couple of old wrecks viewing the ample sea life..On Christmas Day 2007 the water Temperature 79/25 degrees..
El Milagro Marina.. an easy access by sea. GPS coordinates 21-14.6 N ; 86-44.4 W...I came in on the South Side around Punta Sur and into the calm waters of the Bay.. Access also can be had coming in on the North side of the Island. Don't worry about your vessel's draft or beam at the marina.
I like it here. All the dockside ammenities..Water, Electric 30 & 50 Amp, Cable TV and Wireless Internet...Clean Shower and Toilet rooms...at reasonable fees...Jamie pronounce "Hymie"..in Spanish who is Mexican, speaks fluent English, also arranged all my customs and immigration details facilitating the paper work and fees. For incoming trafic, Jamie monitors Channels 16 & 13.for arrangements into the marina
On Christmas Day Eric Schott, the owner of El Milagro, was here with his wife, from California, and organized a great Christmas Fiesta..My contribution, a humble but tasty Guacamole..among roast turkey..BBQ..chicken legs..and probably 25 side dishes and desserts..with each vessel supplying their beverage of choice..There were probably 20 boats participating.
Most of the boats coming from Florida, Louisiana or Texas stateside...or Columbia, Panama, Belize or the Rio Dulce from the South. I'm headed after the holidays 800 miles south on a 157 Rhumb line course to Panama, expecting a broad reach on winds coming out of the Nort East.
I've uploaded some pictures which speak for themselves:
2007/12/29
Mettre à jour 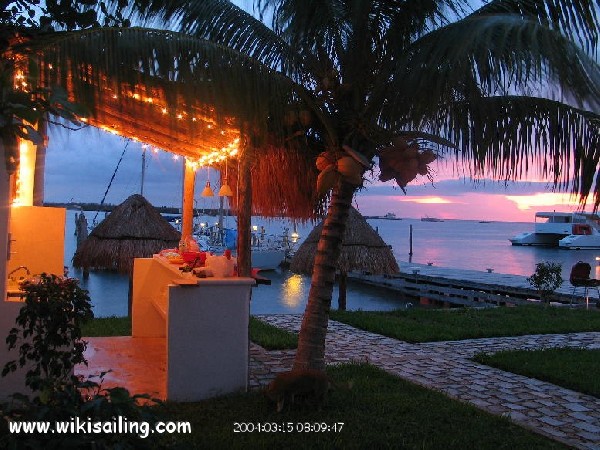 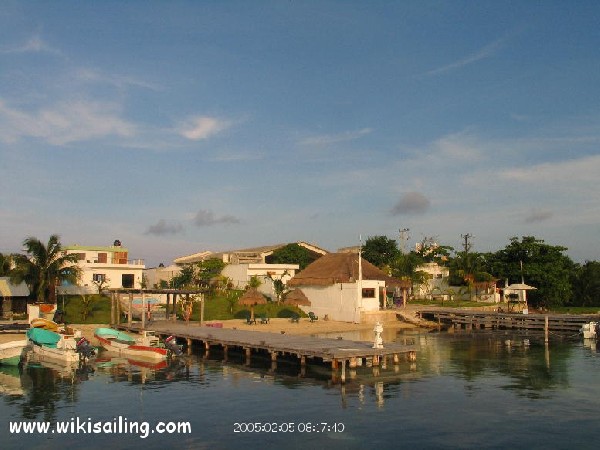 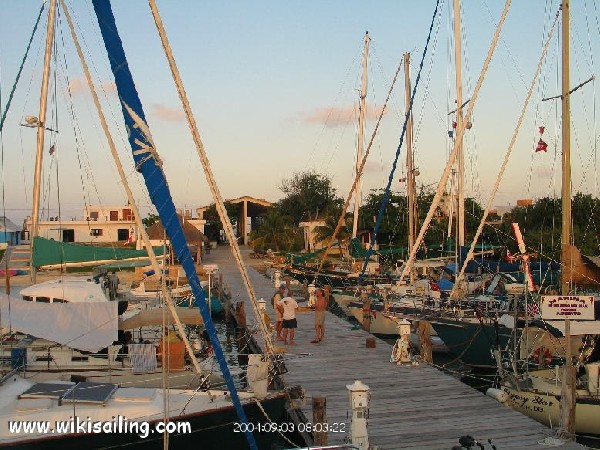 73nm
213°
Beside being a well-known beach, Tulum is also a site of a Pre-Columbian Maya port city. The ruins of the castle that once stood here are testament to that. Today, the beach can be easily accessed and it has all the amenities
25 Aug 14
Steven

239nm
190°
The Great Blue Hole is one of the most famous diving sites in the world. Situated off the coast of Belize, it is a popular spot for adventurers and divers alike
24 Jan 15
hans