Located north of Monti Bay, the small boat harbor is operated by the City and Borough of Yakutat.

Primarily used by smaller commercial fishing boats, the harbor facilities consist of six main floats, a launch ramp and grid.  A seaplane float is located at the end of the central main float. 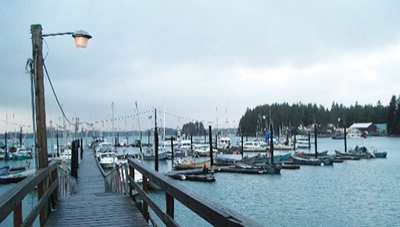 255nm
140°
Port Alexander is a city at the southeastern corner of Baranof Island in Prince of Wales-Hyder Census Area.
17 Dec 15
Joëlle

408nm
255°
The City of Kodiak is situated on the northeast corner of Kodiak Island in the Gulf of Alaska, South of Anchorage and east of the Alaska Peninsula. Kodiak is proud to offer a full range of dockage, boat yard and marine services for commercial fishing, cargo, passenger, and ...
16 Dec 15
Joëlle

809nm
138°
The French Creek Boat Basin is undergoing breakwater construction (2011~2012) The radar image has been altered if approching from the East. Inside the breawater, temporary buoys have been installed over the old and removed sections. Completion is expected by September 2012 and depths ...
4 Jan 12