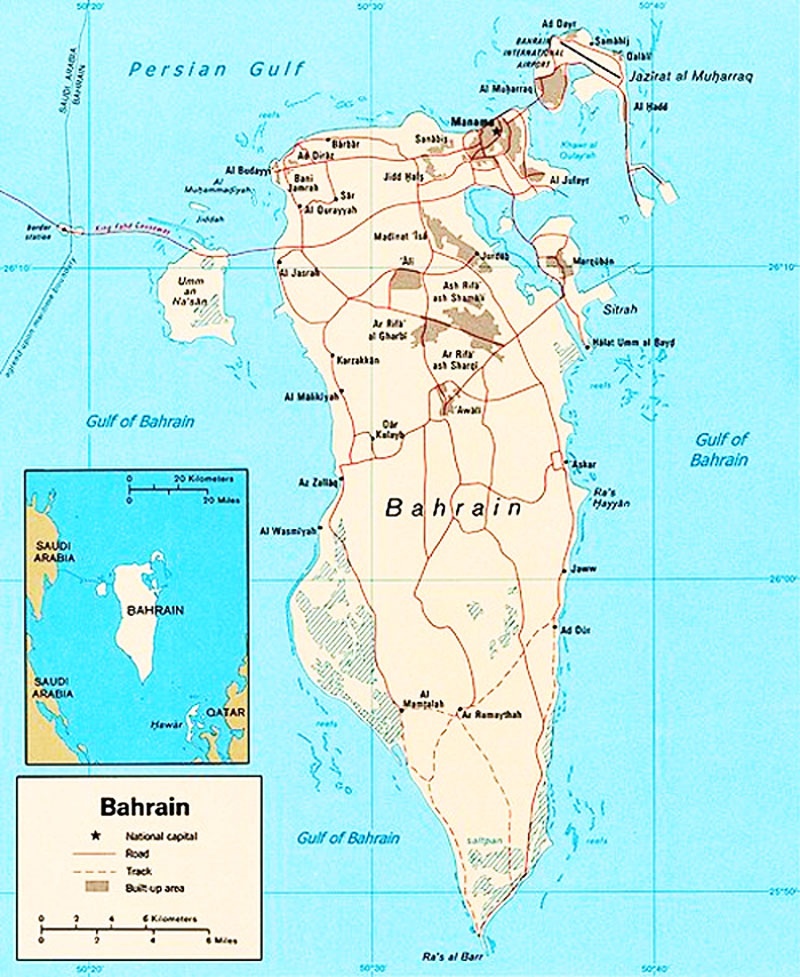 Two fairways are available to vessels approaching Sitrah and Mina Salman. Vessels drawing less than 9.1m use an alternate fairway, while more deeply-laden vessels use Deep Draft Channel.
Vessels drawing up to 12.2m may use Deep Draft Channel at any time, while those drawing up to 13.4m will be governed by the state of the tide.
The Deep Draft Channel has a minimum width of 260m (slightly wider in the turns) and is being dredged (2009) to a depth of 15m.
Hayr, an extensive shoal with a least depth of 7.9m, obstructs the seaward approaches to the entrance channels. Shoal patches, with a least charted depth of 9.6m, lie up to 2.5 miles S of the shoal.
An extensive artificial reef has been constructed NW of Hayr Shutaya, as best seen on the chart.
On the E side of the approach channel, the 10m curve encloses most of the dangers, but several shoal patches, with depths between 5.5 and 9.8m, lie up to 7.5 miles N through W of Fasht al Dibal.
Foul ground E of Jazirat al Muharraq extends to within 0.3 mile of the track, about 6 miles E of the island.
Several wrecks and a submarine cable encumber the channel and are best seen on the chart.
Several shoal patches lie NE of Sitrah Anchorage, but are contained within the 10m curve. A natural basin, containing Sitrah and the shipyard N of it, lies at the end of the approach fairway. At the W end of this basin lies the entrance to Khawr al Qulayah and the dredged channel to Mina Salman.
2011/10/17
Actualizar
JB Antibes
Comparta sus comentarios o fotos en "Bahrain"